Made by a team of hiring managers

We scale and transform workplaces to be culture-first companies.

Fortay was born out of a vision to reverse the fact that 70% percent of employees are actively or passively disengaged, resulting in $700 billion US each year in lost productivity.

The founding team determined that the existing set of candidate assessment tools based on persona/psychometric analysis provided inconsistent if not entirely random results. Undaunted, the team leveraged their own extensive experience in hiring candidates and growing teams. Their collective success was centered on correlating the beliefs and values of candidates with the demonstrated culture of a company. With this insight – Fortay was born!

When employee engagement increases, there is a corresponding increase in employee retention by up to 87%
- Deloitte

But enough about us – let’s talk about you.

Whether you are the CEO, HR leader, Director of Engineering or Team Lead, you need a culture scaling platform that takes care of the complicated stuff and makes your life easier so you can focus on what you do best.

What our customers say

Fortay helped us with 15 hires and we’re just getting started!

“I absolutely loved the cultural assessment of my own employees as it told me a few things I had not even considered. It has an eerie ability to take those normally intangible aspects of culture and transforming them into something useful and actionable. Right now, it is providing a valuable piece of objective data about the job candidate my team and I use to help make a decision on who we will offer a job. Since I've started using it, it helped with 15 hires and we are just getting started!"

An invaluable tool for our leadership team!

“Through our 100% headcount growth over the past 12 months, Fortay’s cultural matching system has proven accurate, reliable and helps us hire for our core values. Fortay was also helpful in generating actionable insights around employee engagement – the results indicated our team and especially new hires wanted more feedback and formalized learning objectives, so we invested in a performance management and continuous feedback system. It's an invaluable tool for our leadership team and one that I'd strongly recommend for your culture tech stack!”

Fortay is a tool for those that believe knowledge is power.h4>

“When Fortay introduced the engagement survey and real-time polling my life became a lot easier since I had a tool that would allow me to get a better sense of what we’re doing well and what we need to improve on. We use these features on a monthly and quarterly basis and I can’t imagine a better way to continuously improve upon our culture. Fortay is a tool for those that believe knowledge is power.”

Fortay saves us an average of 10-20 hours per role.

“Having this hiring tool has done two things for our hiring process: it has helped reduce the risk of favouring skills fit over culture fit, and it has saved us an average of 10-20 hours for each role by removing candidates early on who just are not the right overall fit for our company. I would highly recommend Fortay as a tool in your hiring toolbox. It is not a silver bullet to always hiring the best candidate (that is your job), but it is a valuable asset to help you stay focused on cultural health as you grow your business.”

Fortay was a huge part of making the growth a successful one.

“Doubling in size in under a year doesn’t come without its hurdles, and Fortay was a huge part of making the growth a successful one. We were able to establish our core culture and assess candidates based on that- and it is crucial for us that our new hires will not only be able to fit into our culture, but thrive in it. Fortay is a tool for those that believe knowledge is power.”

We're excited to learn about your goals and needs.

Simply fill out this form and we’ll email
your ROI results and a quote!

Wait! Before you go, grab your ROI
results. 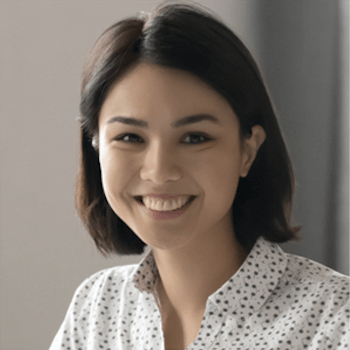 Hi there! Can we give you a personalized tour?

The most effective way to know if Fortay is the right partner for your unique needs and goals is to see it in action. Our team and I look forward to meeting you!